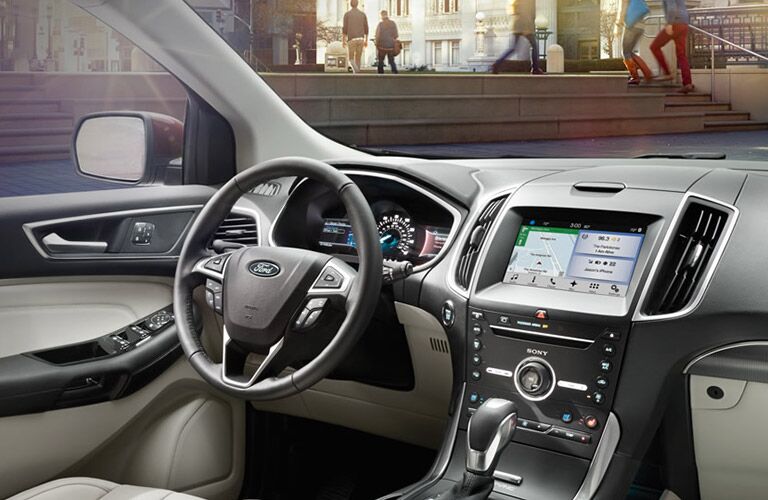 Finding the perfect size of SUV crossover can be a challenge. Too often opting for the best maneuverability means compromising on interior space, while many of the best features can vary wildly. Both the 2016 Ford Edge midsize SUV and the compact 2016 Ford Escape crossover offer premium features and power, but determining the right balance of passenger and cargo space, as well as features and pricing, is the real trick when lookinmg for the perfect vehicle. In this 2016 Ford Edge vs 2016 Ford Escape comparison, it's important to look at sizing and available power to figure out which of these excellent and fun to drive SUVs is the best for an active family or individual.

One of the most striking differences between these two SUVs is size. While both can hold up to five passengers, the 2016 Ford Escape is solidly in the compact SUV division, while the 2016 Ford Edge, technically a midsize crossover, flirts with the line between a small crossover and a full-size three row people-hauler. The Edge offers 16 more cubic feet of passenger space (including more than six extra inches of leg room in the back), and features 39.2 cubic feet of luggage space behind the back seats, which expands to 73.4 cubic feet with the 60/40 split folding rear seats folded down. The Escape has 34.3 cubic feet of luggage space, with a maximum of 67.8 cubic feet.

Mileage and features on the 2016 Ford Edge

When it comes to power the Edge also has the advantage, with multiple engine options that deliver on top horsepower. However, the 2016 Ford Escape does offer better fuel efficiency. Its standard EPA-estimated mileage for city driving is 22 mpg, with 31 mpg on the highway, while the larger Edge only holds 30 mpg on the highway and 20 mpg in the city. That's not a huge difference if the performance of the Edge is more to your liking, but it can also add up nicely for the fuel-efficiency conscious.

When comparing the 2016 Ford Edge vs 2016 Ford Escape, it is also worth mentioning standard features. These two crossovers come out fairly close in this regard. When comparing the SE trims (which is the base trim on the Edge and the middle trim for the Escape) of these two vehicles, the Escape offers a standard 8-way power adjusting driver's seat and an available power liftgate, while the Edge comes standard with features like a leather and metallic gear shift knob and two dashboard information screens: one with the SYNC infotainment system, and another in the gauge cluster. The Escape also comes with infotainment system, but does not have the second screen.

Both of these are excellent vehicles, but persons interested in ample size and performance will probably lean toward the 2016 Ford Edge, while thriftier car buyers may be intrigued by the 2016 Ford Escape. For more information on either of these vehicles, contact an Akins Ford sales professional at 866-625-1965 today. 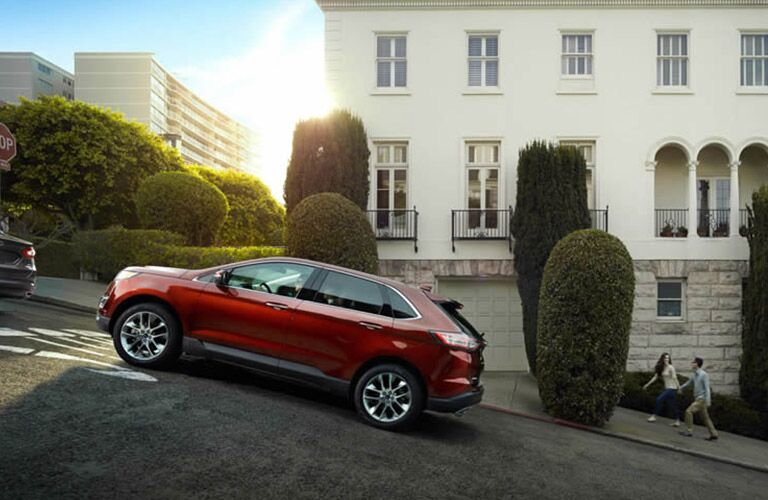