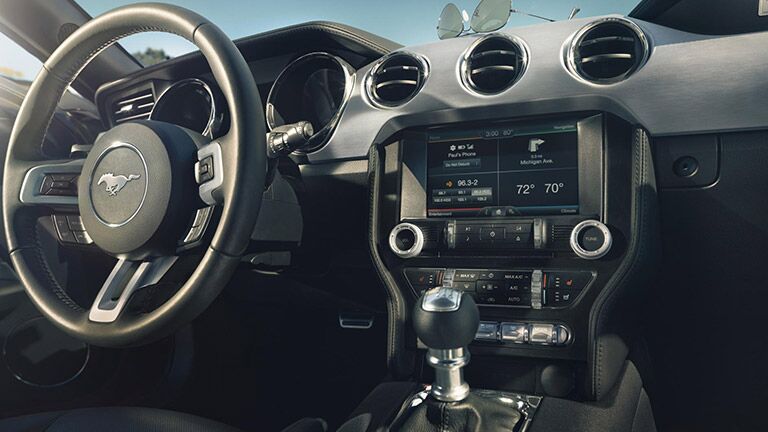 No two vehicles have so embodied top performance at a low price than the two muscle cars in this lineup. Both are iconic American sport-tuned coupes, but in the 2016 Ford Mustang vs 2016 Chevy Camaro comparison, once again the original pony car rises to the top. Whether you are looking for sheer power at a base level, enjoy stretching your legs, or want a little bit of fuel economy with your horsepower, the 2016 Ford Mustang is the best affordable performance car on the road.

Let's start with the base models, which are the 2016 Mustang Fastback with a V6 engine and the 2016 Camaro 1LT coupe. Immediately you see two differences: price and horsepower. Yes, the 2016 Ford Mustang has a lower MSRP than its Camaro competitor by a couple thousand dollars. Yet, at the same time that the Mustang can be had for less than 25k, it still offers 25 more horses under the hood than the Chevy. That power allows the Mustang to speed from 0 to 60 in just 5.7 seconds and hit a quarter mile speed of 104 mph. That looks pretty good compared to the 2016 Camaro's 101 mph in the quarter mile.

Comfortable driving in the 2016 Ford Mustang

When it comes to interior comfort, the 2016 Ford Mustang also gallops ahead. The Mustang is outfitted with comfortable buckets seats and the Camaro has sport seats. While both the new Mustang and Camaro can seat four passengers and start with an exterior length of 188.3 inches, somewhere in the process of developing the rest of the car the Mustang managed to include an extra inch of front headroom and almost two inches of front leg room. The leather and aluminum steering wheel in the Mustang is also adjustable with a tilt function, whereas the Camaro may not have the tilt. When you are person pushing the six-foot range, both legroom and steering wheel design can make a big difference. Choose wisely.

When you get out of lower trims, the Mustang is also pushing the boundaries of fuel efficiency with its excellent variety of Ecoboost engines. With up to 22 mpg in city driving and 31 mpg on the highway, the 2016 Ford Mustang offers excellent gas mileage even while delivering on performance. In this 2016 Ford Mustang vs 2016 Chevy Camaro comparison, it's easy to see where discerning drivers will fall if their car choice comes down to performance, price, or how easily the driver can fit. For more information on the 2016 Ford Mustang contact Akins Ford today at 866-625-1965. 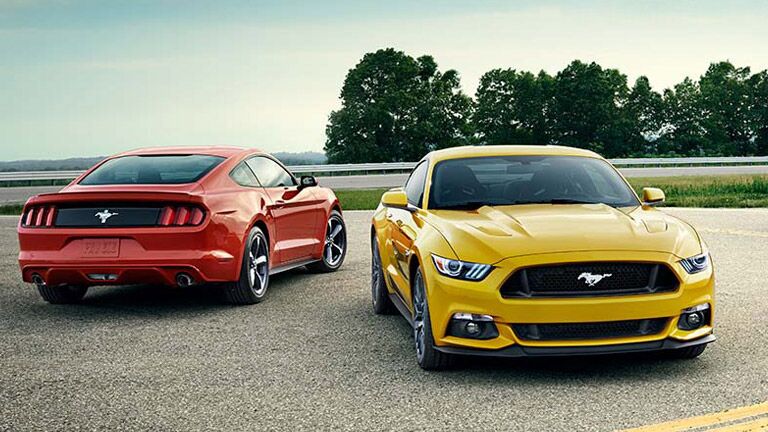