Vehicle shoppers considering a mid-size SUV need their new vehicle to meet several important expectations. These models have to deliver impressive performance ratings while offering practical hauling and towing capabilities. The 2017 Ford Explorer vs the 2017 Kia Sorento looks at two of the top competitors in this crowded vehicle class. Both of these SUVs offer multiple engine and trim options, giving customers a variety of choices.

The 2017 Ford Explorer can be equipped with all of the best comfort and technology features Ford has to offer drivers. Each trim level comes equipped with a different collection of systems and features. Highlights include the Ford SYNC 3 infotainment system, dual-zone automatic climate control, remote start, leather seating, Sony sound system with HD radio, a rear-seat entertainment system, a dual-pane sunroof, a rearview camera and several added safety systems.

Engine performance is extremely important for car shoppers considering a new SUV. These vehicles need to be able to deliver power and performance numbers that drive the towing and hauling capabilities of the SUVs. Both the 2017 Ford Explorer and 2017 Kia Sorento give drivers three engine options to choose from.

The two available engines offered on the Ford Explorer are each able to outperform the Sorento’s engines. In addition to the base engine, the Explorer can be equipped with an EcoBoost turbocharged 2.3-liter four-cylinder engine that earns the best fuel economy ratings available on the SUV at 19 miles per gallon in the city and 27 miles per gallon on the highways while delivering 280 horsepower and 310 pound-feet of torque. 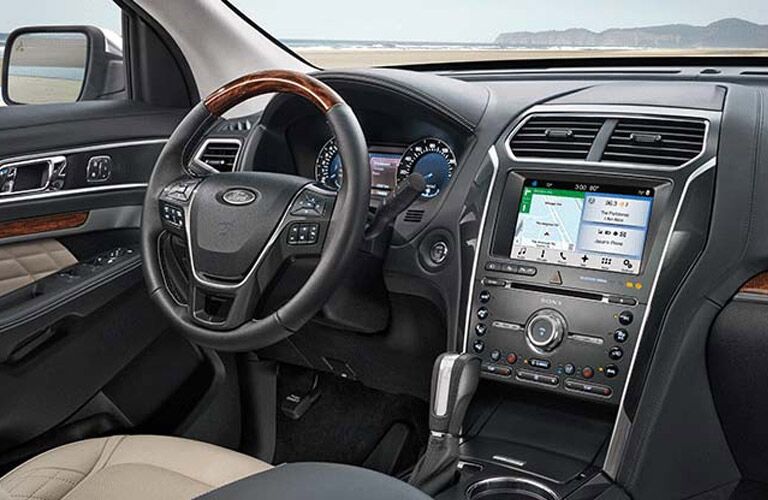 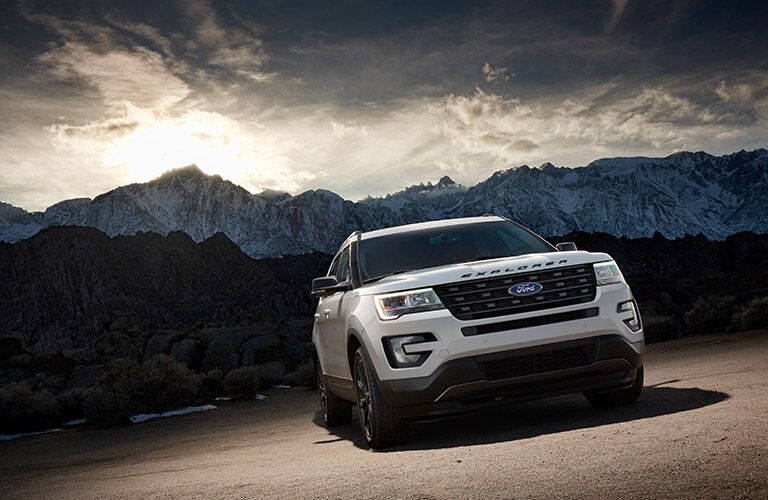 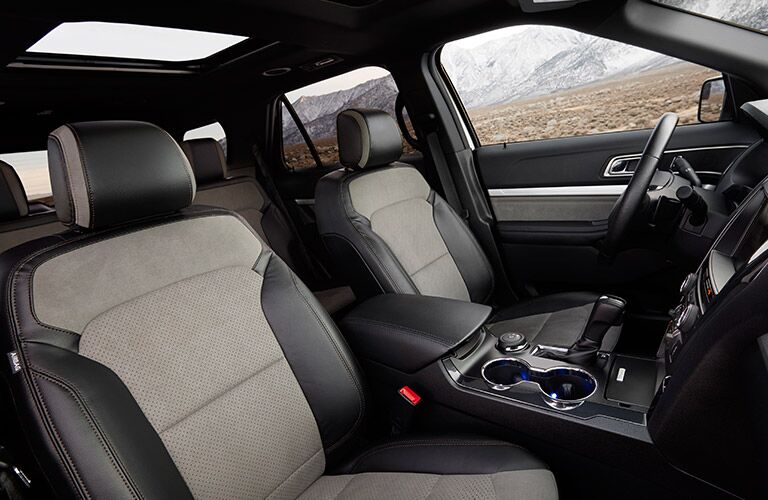 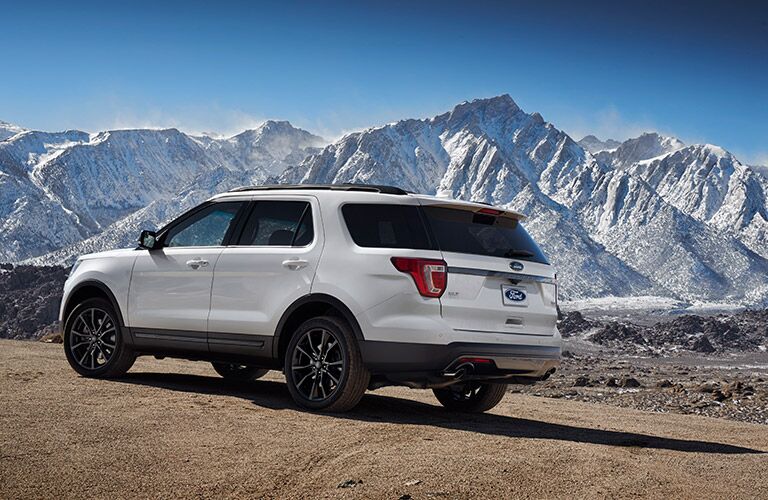